All inclusive affordable and free Montessori Education for All in Africa and throughout the World. “Inspire to Share” 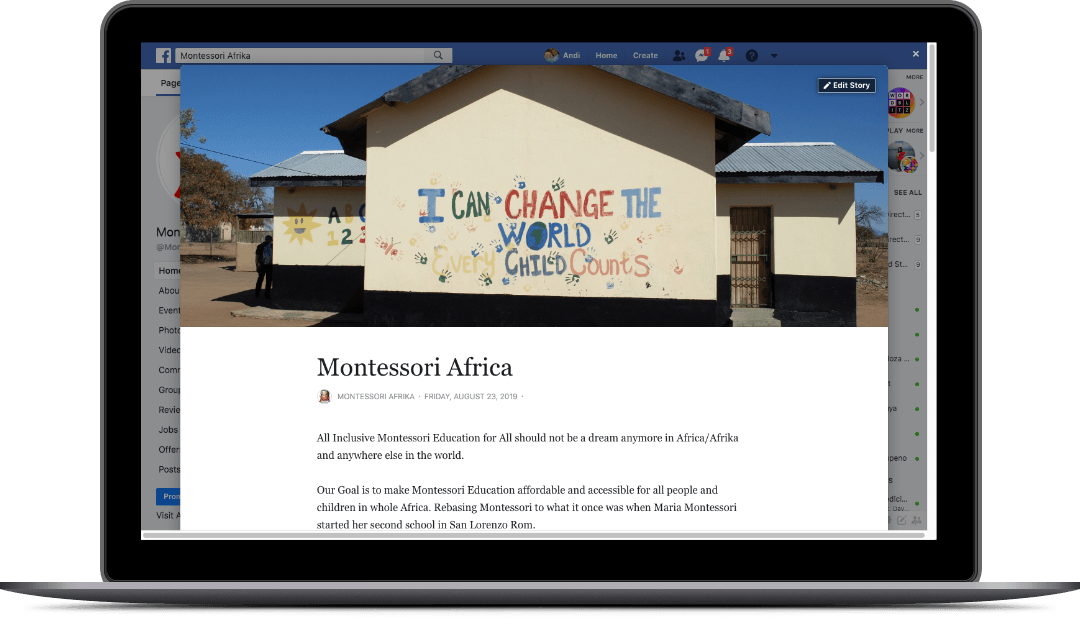 2019 – live
made in Thailand by LisAndi Phuket 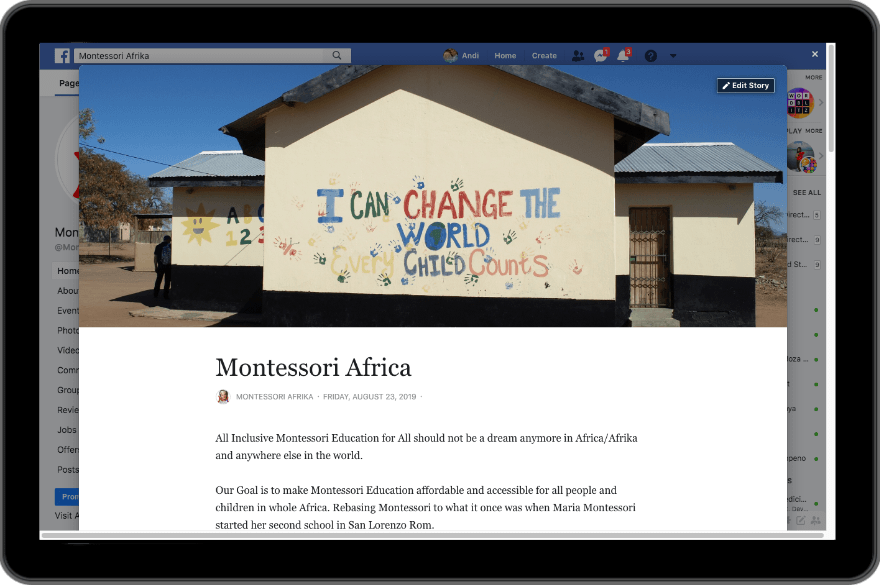 We developed this Website based on T3Pack-Press running its latest stable core with Membership, Shop, and Social Community Integration.

All-Inclusive Montessori Education for All should not be a dream anymore in Africa/Afrika and anywhere else in the world.

Our goal is to make Montessori education affordable and accessible for all people and children in the whole of Africa. Rebasing Montessori to what it once was when Maria Montessori started her second school in San Lorenzo Rom.

” Let the children free;
encourage them;
let them run outside when it is raining;
let them remove their shoes when they find a puddle of water;
and, when the grass of the meadows is damp with dew, let them run on it and trample it with their bare feet;
let them rest peacefully when a tree invites them to sleep beneath its shade; let them shout and laugh when the sun wakes them in the morning.”
Maria Montessori

When you have watched the BBC documentary (Link below) you might really ask why until now NOTHING has actually happened to fulfill the dream Montessori once had. Focussing on the poor! Let’s rebase Montessori so it suites the needs of whole Africa – Let’s get the MONTESSORI AFRIKA COMmunity up and running. The time is Now!

A very good Montessori documentary by BBC and some more inspiring insights to start with: Watch and Listen!

The problems in education, the problems of inequality, the problems caused by the huge gap between those who have money and those who try to simply survive is getting wider and wider and this has to be stopped and the only way to stop it is education as only education can change the world to a better one.

Why Afrika and not Africa – K and not C?
In most African Languages “Africa” gets written with a “K”. To make it clear that we promote the Base and origin of African people we called it Afrika with a “K” to honor the African part in our efforts for all African people.

Why Afrika and not World or Global or International. Well, there have been several reasons for choosing Afrika. International is already in the Name of AMI and we liked to not compete but to inherit the standards and making them accessible for those in need. All-Inclusive Education for All is a UNESCO goal for many decades and it was Maria Montessori who helped to establish UNESCO in 1949. Europe, Australia, Asia, Africa, and America had already their domains taken by their regional Associations and private companies, so we decided to use the Afrika with the “K” to establish it as the place for “All Inclusive Montessori Education for All” and letting it be the example for many other continents too. It actually not really matters where we start to establish it and Afrika is actually a great choice as many evolutional roots go actually back to the African continent.

“Directing our action toward mankind means, first and foremost, doing so with regard to the child. The child, that ‘forgotten citizen’, must be appreciated in accordance with his true value. His rights as a human being who shapes all of mankind must become sacred, and the secret laws of his normal psychic development must light the way for civilization.”
Maria Montessori – Education and Peace